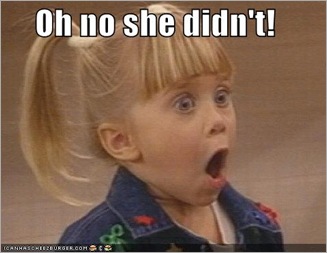 It has blown my mind how people have given themselves a license to sound off and say what-ever hits their lips, without apology. I shouldn’t be baffled or perplexed because I know better. After many years, people will do exactly what they want to do and when they want to do it. Take after church one Sunday, in the meeting room, the conversation goes like this:

So-and-so walked in and said, “You got anything over there to eat?”
“Sure. Come on in,” I respond in a chipper tone.
So-and-so zeroed in on the refreshment table where the pastry and juice waited for its next victim.
See. I’m always the one who’s got to do-flips-and-cartwheels. Couldn’t I just be thankful that the leftovers were going to be devoured and wouldn’t be going home with me? No. I had to do a somersault.

I asked, “Is that all you’re taking? Feel free to take more.”

You would have thought I was asking people to pay me for the snacks or had been nasty to them for asking because So-and-so snarled, “What are you trying to do, get me to be fat like you?”

One of my people hit the high note from her made up song, No. She. Didn’t. Oh, but yes she did! I really don’t know what song but that title flowed with the shift in the room. My people walked away in a slow stride without making eye contact with me.

It was for the best. 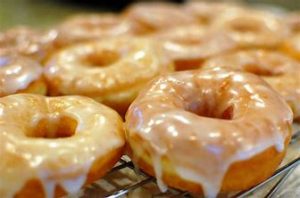 I stood blinking as confirmation number 387 set off in my spirit ‘leave folks alone’. I mean I didn’t owe people any snacks. The meeting had nada to do with them. My mental calculator started to list, tally and subtotal the situation. It equaled, without a doubt, an I’m-about-to-snap answer. Had So-and-so been young-school, the place I’m in now, I would have given them some old-school.

But, I didn’t go there because Jesus took my say-what-you-want card.

I know He did because Lord only knows how many insults I have received from So-and-so over the years; plus I allowed one to roll off a few weeks ago from this same person.

My words wanted to match the frustration but I resisted and reduced my edge when I said, “See. So-and-so that’s why I don’t deal with you.”

They walked off and tried to act like they didn’t hear me. But it doesn’t matter. The message will be crystal, after a while. Because I discerned, words wouldn’t do for this one.

I know I have some of you all are saying, that’s it! You should have went in and let her have it. Girl, you should have said more than that. You just don’t know; that is my more.

Had I pushed past and ignored the filter, the Holy Spirit, I would have unleashed and made up for all the times I should have went in and decided not to.  Believe me, this was my more. Because they will lose far more than what I would have gained to let them have it. It would have felt good and I would have released the tension. But sadly, maybe not the same words, it would happen again. But not to me.

This brings me to the reason why I shared. Click here for Part 2. 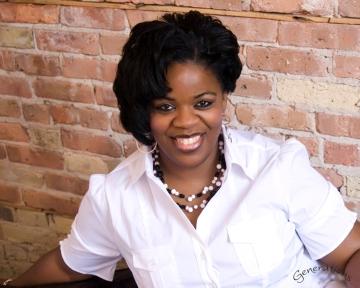 Sonya’s passion is to help women unmask to become their authentic self in God.